Buy antique knives, kukris, and accessories, many from the British Empire lost arsenal found at the royal palace of Lagan Silekhana in Nepal, at Atlanta Cutlery.

Lagan Silekhana is a 19th-century wooden palace that housed British and American muskets, rifles, cannons, and bayonets that had seen action in the Napoleonic wars and the U.S. revolutionary and civil wars. 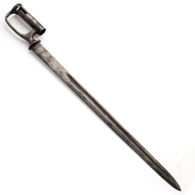 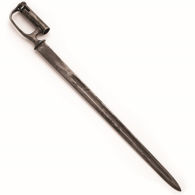 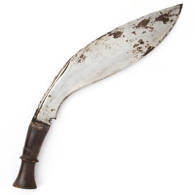 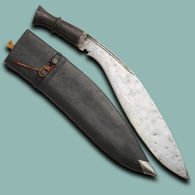 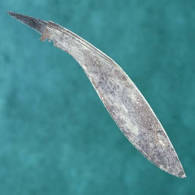 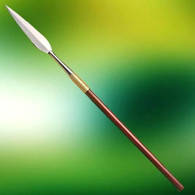 #600314
The Zulu "Iklwa" is the famous short shafted, large bladed spear that carved out one of the greatest early African nations. This replica is a must for history buffs or collectors of military weapons. Made by Windlass Steelcrafts.
$49.95 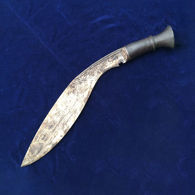 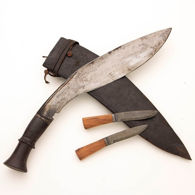 Light weight knife with a deep fat belly, great tool. I assume by the overall fit an finish, a large amount were made in a rush. Looks aside the tool is well made, there are no cracks or fractures in this blade.
Reviewed by: Paul, August 14, 2021