Our Military Dress Sabers and Swords are manufactured according to exact government specifications. We have proudly supplied swords and sabers for the Marines, The Citadel, Marion Military Institute, Fork Union Military Academy and other academies around the world. 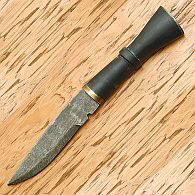 At Atlanta Cutlery, we travel far and wide armed with the wealth of information gathered from various museums and private collections around the world to give you quality weapons and historical antiques.

The military antiques and artifacts in this section are from the lost arsenal of the Royal Nepalese Army. These weapons, spanning from 1816-1945, were discovered in the royal palace of Lagan Silekhana in Nepal.

We owe great thanks and appreciation to Christian Cranmer, Sudhir Windlass and Pradeep Windlass for their discovery. You can read more in the book Treasure is Where You Find It. 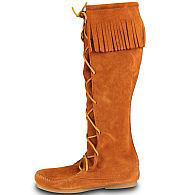 Atlanta Cutlery carries a full line of high quality clothing, shoes and accessories for men. For present day as well as the re-enactor, we carry styles spanning the American Frontier to the war front. Throwing weapons have been around for centuries. Often they had dual uses, helping with everyday needs as well as being a projectile weapon. At Atlanta Cutlery you'll find axes, tomahawks, spears, and knives for tactical use, survival needs, camping, everyday use, or just plain fun.

Sometimes a replica gun is exactly what you need to complete the look and feel of your historical display or collection.

Handguns have been used throughout history, both as a tool for survival and war. Atlanta Cutlery carries an assortment of replica dummy weapons. You'll find flintlocks, Civil War and Old West revolvers, rifles and shotguns, as well as semi-automatic guns and movie replica weapons like James Bond's Walther PPK. Great for re-enactors and collectors, these non-firing guns are safe for anyone to handle. 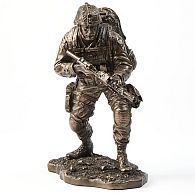 We have a variety of home decor items that make great gifts, or keep them for yourself! Whether your passion is the Armed Forces, the Civil War or the days of the pirates, Atlanta Cutlery has unique pieces for the home and office. 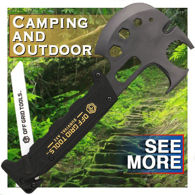 Be prepared. Find camping accessories, survival tools, and round out your hunting gear at Atlanta Cutlery. You'll find those hard-to-get pieces to complete your pack and to help you conquer the wilderness. 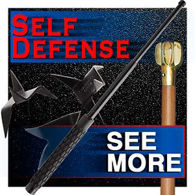 Self Defense and Other Weapons 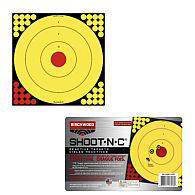 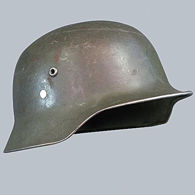 Military and police surplus are items that are sold or otherwise disposed of when no longer needed by the military or civilian police forces. When a military force or police constabulary upgrades gear or the supplying government’s contract for too many items from manufacturers, these items are often decommissioned and sold as remainders to companies and civilians to offset the costs related. We are constantly on the lookout for unique military and police surplus from not only the US military surplus, but many countries like German military surplus and British military surplus. The varied history and inventive, durable designs seen in surplus can be a real boon to collectors, survivalists, campers, teachers, and reenactors.

Businesses often purchase these items and resell them. Usually, the items sold by the military are clothing, bags, equipment, and tools which civilians find useful, easy to use and durable, and at great savings. Individual uniform items can make for a complete faux military uniform. Occasionally, vehicles will be sold as well, like Jeeps, Humvees, trucks, planes, helicopters, and even ships. Demand for these items comes from various collectors, survivalists, and players of airsoft and paintball.

The history of military surplus in the US dates back to the Civil War; it was the first war that had proper uniforms issued for many troops. Before this, troops were basically wearing whatever they had with them or could pillage from the battlefield. As demand grew, both sides mass-produced arms and wears. After the war ended, they sold the supplies in stores to recover some of the costs. The military surplus store online as well as offline was thus born. The police and military surplus in this section are genuine and in good condition. You’ll find items from WWII to present day. The Cold War era yielded many fine examples. You never know what you’ll find here. We’ve had everything from riot helmets, military surplus boots, military surplus clothing, munitions, and shovels to canvas pup tents and safety glasses. 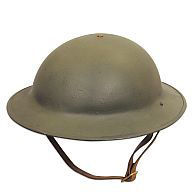 Atlanta Cutlery carries quality helmets for World War enthusiasts.  Our high-quality reproductions are made just like the originals. 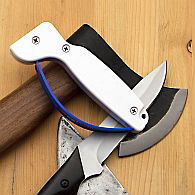 You can care for your investments with our quality products designed specifically for use on our guns, knives and swords. We also offer a great selection of sharpeners to keep a good edge on your blade. 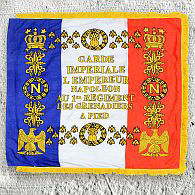 Flags represent honor and show allegiance and pride. Flags, banners, standards, call them what you will, they represent countries, militaries, identify territories, honor royalty, and can act as warnings. Pirates and Privateers of all sorts made flags to instill fear, the most famous being the skull and crossbones.

The use of flags outside of the military or naval context begins only with the rise of nationalism at the end of the 18th century; the earliest have been dated to that period, and during the 19th century it became common for every sovereign state to have a national flag. We feature many iconic pirate flags, US flags, and US Civil War flags, plus many historical flags from various countries that are suitable for indoor or outdoor use. All of these are great for display, teaching, home use, or reenacting. 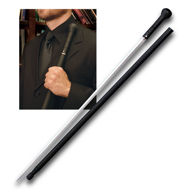 Despite their conventional looks, walking canes continue to evolve as multi-dimensional mobility solutions and fashion accessories. They can be very versatile depending upon the design and approach used for constructing them. And did we mention that many of our fine canes and umbrellas hide a personal defense secret? Not just for keeping dry, you can walk securely with these unique accessories.

A great collector’s choice and a great walking accessory. 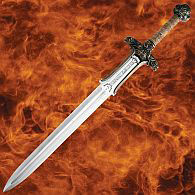 Utilizing many of the actual props and pieces from the blockbuster motion pictures and hit television series, Atlanta Cutlery uses all of the talented technicians at their disposal to bring these pieces of fantasy to living reality. Every piece is replicated as close to the original prop as possible, which allows you to own these faithful replicas, many of which are stored in film vaults around the world. 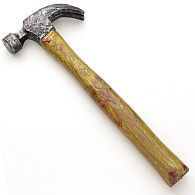 These items look real, but are made of soft, friendly foam rubber! Great for stage productions, cosplay, LARP, costumes or just plain fun. 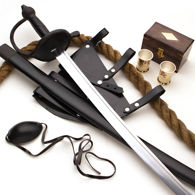 Inspired by some of the popular themes in the history, Atlanta Cutlery has come up with this range of themed boxes that will give you a head start on outfits for Vikings, pirates and Civil War soldiers, including both the confederate and union side. So don't wait, explore the range below and see what’s included inside!