These are artifacts from the lost arsenal of the Royal Nepalese Army. These weapons, spanning from 1816-1945, were discovered in the royal palace of Lagan Silekhana in Nepal. We owe great thanks and appreciation to Christian Cranmer, Sudhir Windlass and Pradeep Windlass for their discovery. You can read more in the book Treasure is Where You Find It. 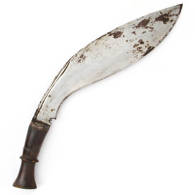 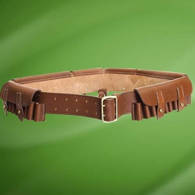 One of the most famed guns in history and one we’ve become very acquainted with from the antique firearms brought over from Nepal by Atlanta Cutlery Corp (ACC). As a result of having Martini Henry originals in hand we’ve been able to make offer original and accurate replicas of parts, accessories and stocks to help you fix and maintain this iconic firearm.

Used by the British Army it first entered service in 1871. Martini–Henry variants were used throughout the British Empire for many decades. It combined the action first developed by Henry O. Peabody and was improved by the Swiss designer Friedrich von Martini, which combined with the barrel rifling designed by Scotsman Alexander Henry. The Martini was designed from the outset as a breechloader and was both faster firing and had a longer range than previous firearm designs.

There were four main versions of the Martini–Henry rifle produced from the Mark I (released in June 1871), Mark II and Mark III, to the Mark IV. The Mark IV Martini–Henry rifle ended production in the year 1889, but remained in service throughout the British Empire until the end of World War I. Some were even spotted in use by Afghan tribesmen as late as the Soviet invasion. A testament to its quality and function.

During the Martini–Henry's service life the British army was involved in many colonial wars, most notably the Anglo-Zulu War in 1879. The rifle was used in the Battle of Isandlwana, and by the company of the 2nd Battalion, 24th Regiment of Foot at the battle of Rorke's Drift. Immortalized in movies a brave band of 139 British soldiers successfully defended themselves against several thousand Zulus. The weapon was not completely phased out until 1904.

The products in this category can be mixed with original pieces from Martini Henry’s as well which is a gold mine for the discerning collector. 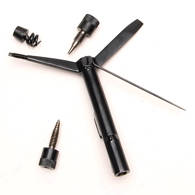 New or experienced with restoration and DIY you’ll find some much needed help here. One of the hardest things about completing your historical firearm is not the work, it’s finding the rights parts. Pins, locks, gun stocks expertly recreated from originals make it easy. Replica gun parts, gun accessories and even replica gun kits are a great way to enjoy collecting and the accomplishment of finishing a unique gun is a conversation piece that can give you bragging rights over your friends!

The parts we sell are for guns from the 1800’s to 1900’s. These guns have been manufactured at different factories over the years, so it is important that you have some skill and knowledge to tweak these parts to fit properly. Determine the manufacturer of your gun (not just the importer) before when doing any restoration. If the gun is older, you may have been produced by a manufacturer who is not in business any longer. We will try to assist you in finding appropriate substitute parts whenever possible.

We try to keep an ample stock of parts, but we do run out of parts occasionally. If for any reason something is out of stock we generally receive shipments of parts from the manufacturers several times a year.

If you do not find the parts you are looking for on this site, please call us at (800) 883-0300, and one of our knowledgeable staff will be able to assist you.

Made from authentic materials like steel, brass and hardwood, each piece will aid your next project. And the final results can be indistinguishable from originals making your next project a source of pride.

very nice antique blade with a great patina ! have`nt paired it up with a handle yet , but it should turn out great !  and the price was very good !
Reviewed by: joseph, June 29, 2021

Very nice kukri blade.  Came in a plastic bag with cosmoline on the blade.  Also had taped protection for the tang and point.  Came with a copy of a letter dated 2003 from the Royal Nepaese Army stating how the items were sold to Atlanta Cutlery and IMA.  The blade had some rust spots on it (which is to be expected).  It cleaned up well with some mineral spirts and a brass wire brush.  Of course, couldn't work all the rust spots out of the blade, but again that is to be expected.  A nice display piece !!
Reviewed by: Dan, June 08, 2021

I love the kukri and not having a handle or sheth was perfect for me because I make both as a hobby
Reviewed by: Joseph, May 07, 2021

its a very nice piece, its was a bit longer then what the space it was there before.  But i knew that going in so i can make the proper adjustments.  I rather it be a bit longer then alot shorter.
Reviewed by: Walter, December 28, 2018

good product ,roughly finished but will clean up nicely .i would recommend it , and i will most likely buy more .
Reviewed by: mark, December 19, 2016

A nice White authentic British regular rifle sling of Rev War style! But can be used from the 1770's-1860's era also on other militia rifles as well! My
living history association the DEOA Historical Association recommends these!
Reviewed by: Kevin, September 11, 2015

By continuing to use this site you consent to the use of cookies on your device as described in our   Cookie Policy   unless you have disabled them.
X