In this section you’ll find British Empire Knives, British Empire gun parts, British Empire accessories and home décor.  Some of the items are original like flints and musket balls from the Napoleonic campaign and in excellent condition, others are reproduction items based off originals that capture the exact look, feel and function with quality workmanship and materials.  The replicas are often made on the sub continent of India just as many would have been made during the East India Company time. Either way, you‘ll be proud to own a piece of the empire. 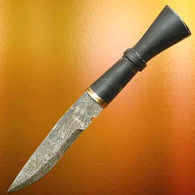 Buy antique knives, kukris and accessories, many from the from the British Empire lost arsenal found at the royal palace of Lagan Silekhana in Nepal, at Atlanta Cutlery.

Complete your prized original with rare surplus and functional replicas that are made from them.

its a very nice piece, its was a bit longer then what the space it was there before.  But i knew that going in so i can make the proper adjustments.  I rather it be a bit longer then alot shorter.
Reviewed by: Walter, December 28, 2018

good product ,roughly finished but will clean up nicely .i would recommend it , and i will most likely buy more .
Reviewed by: mark, December 19, 2016

A nice White authentic British regular rifle sling of Rev War style! But can be used from the 1770's-1860's era also on other militia rifles as well! My
living history association the DEOA Historical Association recommends these!
Reviewed by: Kevin, September 11, 2015