Sold Out
The Brunswick 2 groove rifle was the first British percussion military rifle to succeed the famous Baker flintlock of the Napoleonic era. Originally designed with 11 groove rifling, this Hanoverian design was rejected in favor of the standard 2 groove “belted ball” .704 caliber rifle.  Issued exclusively to the British home army and Indian army rifle regiments, our Brunswick rifles date from the earlier back action design.  No patch box lid available. The Sword Bayonet is brass hilted Colonial issue with a knuckle guard. No scabbard included.

All show extensive use but each appears, by and large, to be complete. They may, or may not function, once the thick layer of congealed dirt, grime, grease and rust are removed, and may suffer from cracks and breaks which is to be expected after more than a century of neglect. Again only offered in AS IS condition; complete with caked on debris from battle and storage. There are NO Guarantees other than that each gun is completely genuine and very old. These relics should be likened to an archaeological dig, so no unreasonable demands or gripes please. Now offered at a bargain price for the enthusiast to enjoy as is or to spend the time and TLC to carefully restore; each weapon is REAL, ANTIQUE and is offered AS FOUND. Picture is a typical example; each weapon will vary of course.  There is a $10.00 additional shipping & handling charge with item, cannot be shipped USPS.

Each gun will feature:
The barrel and action (which may be incomplete), reproduction butt plate (if missing) and sword bayonet #600813.  There is no guarantee for any other parts.
Condition: usually show rust & pitting and be covered in dirt as originally stored.  Otherwise they may not operate because of seizing or could be otherwise incomplete.  Plus there may be additional cracks, missing chunks, old repairs.
Note: These guns were manufactured before 1898 and are therefore legally considered antiques. It is totally legal to own these without a U.S. Federal Firearms License (FFL) and they can be shipped to most countries around the world.

Write a Review
Write a Review
This is the third rifle I have ordered from Atlanta Cutlery, as always, I paid for Hand Select. I was extremely disappointed in this one. The stock is full of worm holes with several cracks in the stock. The worm holes are so bad, screws will not hold in the wood. The rear sight is some wacko handmade sight and it's not even on straight. Yes, I read other reviews, but the patch box problem is a headache to cut down to size and fit, but it can be done. ALSO, the bayonet has a broken bolster. YES, I paid for Hand Select! If this is Hand Select, I sure would hate to see the others. Sorry AC, but I am displeased with this 3rd purchase.
- Joseph, August 09, 2013 | Verified Purchase
Was this review helpful? Yes No (0/0)
Product came as described, was completely filthy. I have been working on it now for a month, and I am nearly complete with it. The patch box is too large and would need to be cut down considerably and even then, the hinge mechanism is too large, and the slot for the latch is in the wrong direction. So I have ordered a new patch box from the Rifle Shoppe, and am anticipating its arrival. The bayonet is still a work in progress to get it to fit on the bayonet rail. The three stock retaining pins were in such poor condition that I had to fashion new ones, out of 4"X1" brass blanks. Each one was slightly different and had to be machined individually. Although it is not original, it still looks a lot better, and holds the barrel in place much firmer. The stock had a crack that extended from the third barrel pin to the front of the trigger guard, but this filled nicely with plastic wood. Again a very nice product, just make sure you have a dremel, a bench grinder, and numerous sized flat head screwdrivers.
- Charles, July 19, 2012 | Verified Purchase
Was this review helpful? Yes No (0/0)
Got the Rifle in less than a week and spent several days working to get it cleaned up.  After the grime was off I found a really nice rifle underneath that needed a little patchwork done on the fore arm and some worming on the butt.  The only thing that is an issue is the Grossly over sized patchbox lid that will take a lot of work for fitting.  Other than that I am more than happy with my rifle.
- Simon, June 03, 2012 | Verified Purchase
Was this review helpful? Yes No (0/0)
Have not started work on it yet but I have over 30 of the rifles from Nepal, I can see this will go well.
- Ivan, March 11, 2012
Was this review helpful? Yes No (0/0)
Hand-selected speciman -- dirt covered, light rust in barrel, lock full of dried grease, some cracking along top of barrel channel on stock (now repaired), complete except for patch box.  Bayonet needs fitting to lug on barrel.   Everything cleaned up very well and am very pleased with purchase!   I wish someone would reproduce the missing brass patch box for these Brunswick muskets.
- Paul, November 01, 2010
Was this review helpful? Yes No (0/0) 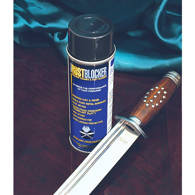