Sold Out!
Over 150 years old, these are original, military issue percussion P-1853 model rifles of the type used throughout the British Empire.  These were imported in great quantities, mostly by the Confederacy, into America during the U.S. Civil War.

Each comes from Authentic Government Storage Depots in Nepal where they have been stored since they were made obsolete and withdrawn from Service during the reign of Queen Victoria. These have not been touched since. So rather than attempt the time consuming cleaning and restoration of 150+ years storage, we are offering these as is for the historical collector and enthusiast to enjoy in their “just discovered" condition.

All show extensive use but each appears, by and large, to be complete. They may, or may not function, once the thick layer of congealed dirt, grime, grease and rust are removed, and may suffer from cracks and breaks which is to be expected after more than a century of neglect. Again only offered in AS IS condition; complete with caked on debris from battle and storage. There are NO Guarantees other than that each gun is completely genuine and very old. These relics should be likened to an archaeological dig, so no unreasonable demands or gripes please. Now offered at a bargain price for the enthusiast to enjoy as is or to spend the time and TLC to carefully restore; each weapon is REAL, ANTIQUE and is offered AS FOUND. Picture is a typical example, each weapon will vary of course. There is a $10.00 additional shipping & handling charge with item, cannot be shipped USPS.

Some guns may have additional pieces (sorry no choice) like minor parts & screws.

Condition:
Usually show rust & pitting and be covered in dirt as originally stored.  Otherwise they may not operate because of seizing or could be otherwise incomplete.  Plus there may be additional cracks, missing chunks, old repairs.

Write a Review
Write a Review
I have received a part rifle and a hand picked rifle. The hand picked has some brass and different alphabet writing. The cap fires to the right center rather than the side. it cleaned up beautiful and looks almost new.
- Ivan, March 08, 2012 | Verified Purchase
Was this review helpful? Yes No (0/0)
It came to me in excellent condition. I am I Civil War Fanatic so I love it. It will display well. Thank you sooooo much 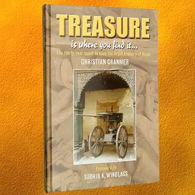 "Treasure is Where You Find It" Hardcover Book 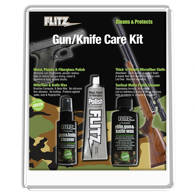 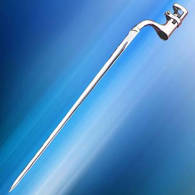