Historically used through the ages for defense, these Flechette Darts were thoughtfully saved from US Military Tank Beehive munitions from the Korea and Vietnam era.

This is genuine surplus no longer in US inventory. Each steel flechette is approx 1" long. This 1 lb Pack has approximately 800 darts. Sometimes used as ammunition in shotgun shell reloads. Limited supply, getting hard to find!

Write a Review
Write a Review
Flechette darts "in country"
These darts were occasionally encountered imbedded in vegetation that had been occupied by hostile forces. The darts were loaded in 2.75 air to ground rockets, 105 cannon and 40mm grenade rounds. This was a real game changer in strafing an area. If you had been in the bush, you had one of these pinned to your fatigues.
- Clifford, December 26, 2020 | Verified Purchase
Was this review helpful? Yes No (0/0)
Get the points...
I have no idea what I will do with these. None of mine came rusted. The vast majority are collated in opposite directions in a two-threaded coil. I think I'll try to see what weapon they might have been used in.  Another reviewer said they might be good as blowgun darts. I'm thinking I might try that.
- Guest user, October 30, 2019
Was this review helpful? Yes No (0/0)
These were exactly as I thought they would be except that I thought they would be slightly larger, no big deal. And there were less rusty ones than I thought there would be due to their age(4-5%,I think).I thought there would be at least 10-15% or more rusty ones! They are mainly for show/display or decoration, as I have NO IDEA how to reload with these even if I wanted to. They could become blowgun darts, though.
- Stephen, June 04, 2017 | Verified Purchase
Was this review helpful? Yes No (0/0) 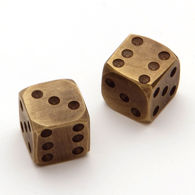 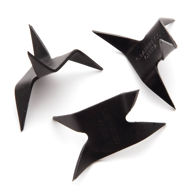 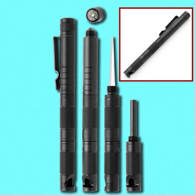