Constructed of strong fiber-filled nylon, this Night Watchmen Hook Self-Defense Cane is almost indestructible and supports you on urban adventures. It has a slip-resistant removable rubber toe. The shaft can be cut to adjust the height of the cane to suit your needs. The end of the hook comes to a point that really grabs onto opponents. Instructions for shortening included. Not meant to be used for medical purposes.
View more products from United Cutlery

Write a Review
Write a Review
GREAT PURCHASE!!
I bought this  for my husband, at his request.  Although he’s almost 71, he does not yet need any help walking.  Rather, he chose this as an off the radar self defense device.  He loves it and carries it everywhere.  He gets self defense tips on using his cane from videos on YouTube.

He searched the net on how to measure the length he needed and trimmed his to the recommended 35’.  The rubber toe is screwed on, so he had to drill a new hole for the shortened cane.  BTW, the screw is sunken within the toe, so it cannot scratch the floor, etc.
After some use, he felt the cane was still uncomfortable long.  Checking his net sites again, one of them warned to include the thickness of the toe in adjusting the length..  My husband says he’ll get around to that soon.

Bill is so happy with his cane, he has endorsed it on both his Twitter and Parler accounts.  His counters on those posts show there was a significant number of readers who opened up the Atlanta Cutlery site for this product.  Maybe that why their stocks are down to two canes at this writing!

Bill’s advice is to get them while you can!
- Ella, December 02, 2020 | Verified Purchase
Was this review helpful? Yes No (1/0)
Great cane, perfect size, will work well in wet days.
- John, October 24, 2016 | Verified Purchase
Was this review helpful? Yes No (1/0)
This cane is similar to a combat cane that was sold by Newt Livesay a few years ago.  It is different in a few ways, including:
* This cane is glass-reinforced nylon, not wood
* The radius of the crook is smaller than on the Livesay cane
* Unlike the Livesay cane, this cane is cylindrical for its entire length
* The instructions for adjusting the length of the cane were NOT included.

The cane seems very rigid and durable, and doesn't require the cleaning and maintenance that wood needs.
- James, October 14, 2016 | Verified Purchase
Was this review helpful? Yes No (0/0) 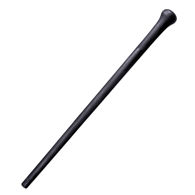 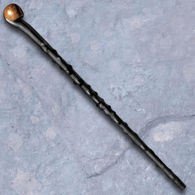 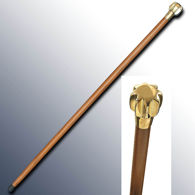 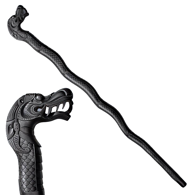 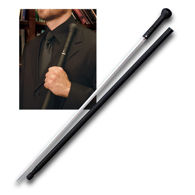