The Tomahawk – History and Evolution

The tomahawk was the creation of the Algonquian Indians in Native America. The term is derived from the Algonquian words “tamahak” or “tamahakan," which means a tool for cutting. The original tomahawks were not the sleek metal beauties you see these days. Rather, they were stone heads attached to wooden handles and secured by rawhide. Somewhat crude? Yes. Effective? Mighty.  They were great for hunting, chopping, and cutting. 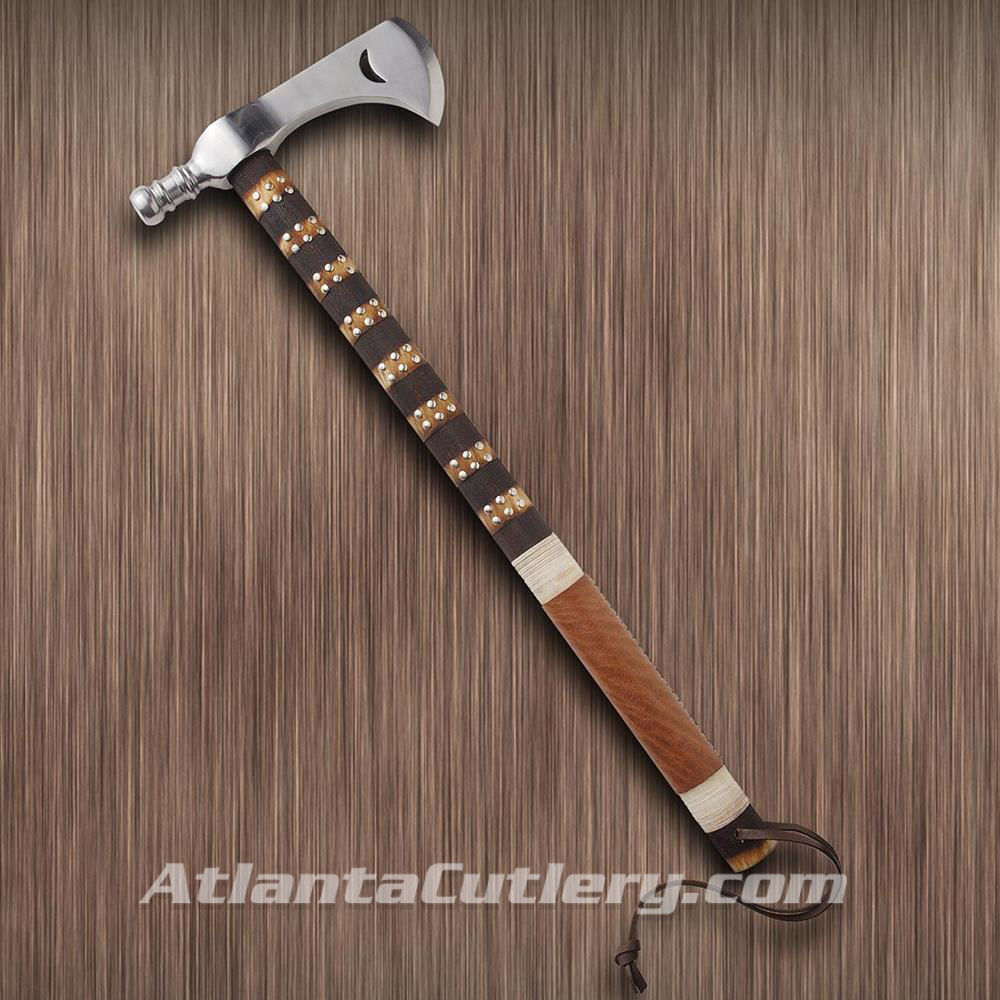 The Europeans introduced the metal blade to the Native Indians about four centuries ago and the local tribes quickly embraced it. These were created by European and American craftsmen and were used as diplomatic gifts for the tribes. By then, the tomahawk’s poll, the side opposite the blade, comprised a hammer, spike or pipe. The pipe tomahawks were extremely useful tools.

During the Revolutionary War (1775–83) the tomahawk became a highly convenient and sought-after weapon. Guns took time to reload and the tomahawk was considered a far better option for close combat. The tool also featured in World War II and the Korean War. However, as technology evolved and guns became dependable implements, the tomahawk faded into near obscurity. It was to make a comeback during the Vietnam War when Peter LaGana, a World War II veteran of Mohawk descent, fashioned and sold tomahawks to the American troops. LaGana’s tactical tomahawks were more durable than the ones that came before.

Today, tomahawks are crafted by companies in America and can also be found in Europe. Native Indian blacksmiths still exist who are experts in making this tool. While its material as changed over the centuries, the tomahawk remains a versatile weapon which is handy in camping and more convenient than hatchets due to its light weight. Modern tomahawks are made of special alloy steel, the blade and the spike are tougher and shock resistant. It is a more universal tool these days and used in games like throwing competitions. (Check out this competition tomahawk and Half Moon Tomahawk)

At Atlanta Cutlery, we offer high-quality tomahawks and a range of other throwing weapons.