There are many different types and brands of knife sharpeners available to the blade enthusiast, from honing with metal and stone to leather and abrasive belts. But ultimately, there are methods that see more use than others. Below are listed the three most common types of sharpening systems. 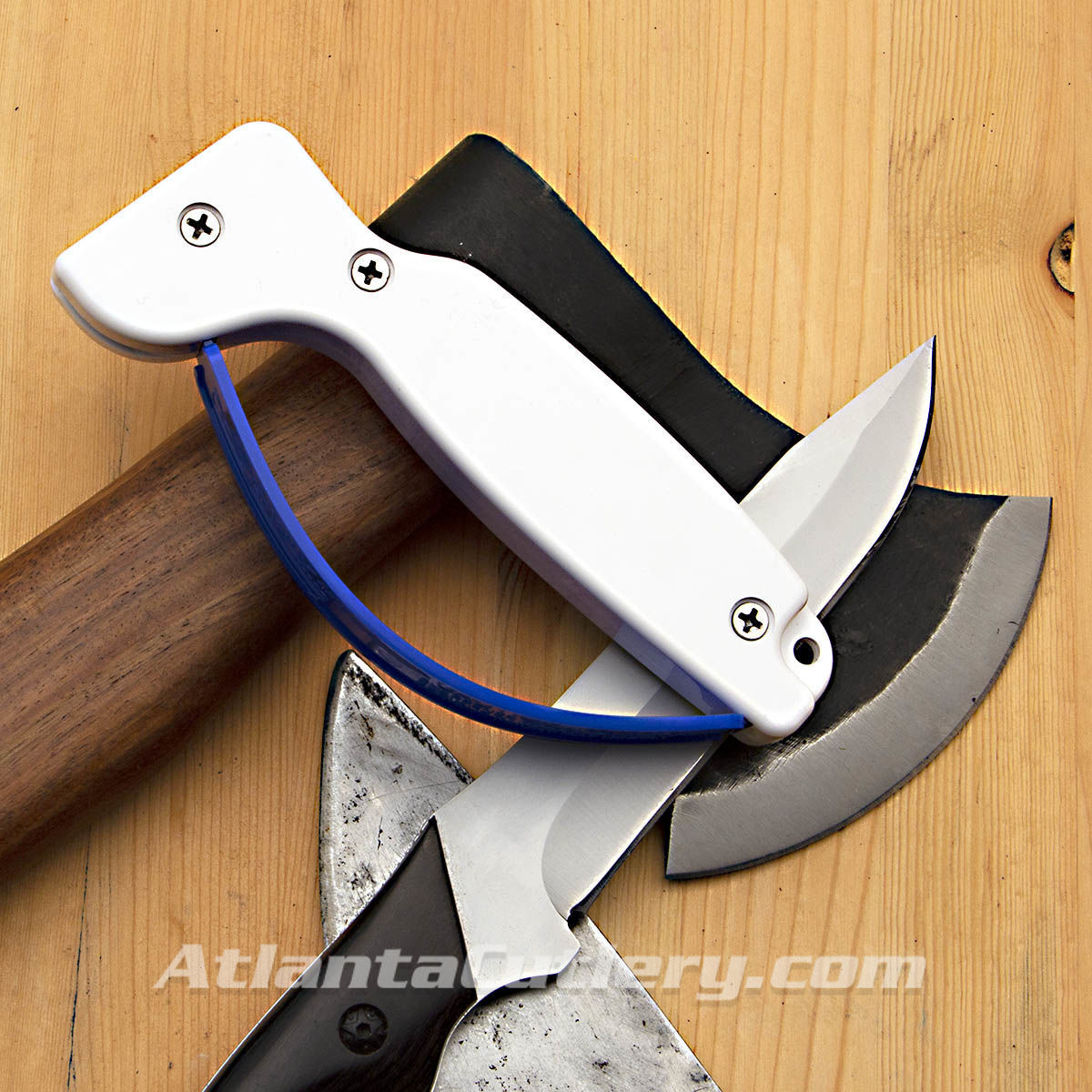 Metal: Metal or Titanium Carbide sharpeners are probably the fastest way to put an edge on nearly anything. But they are also some of the crudest forms of sharpening. A carbide sharpener works by having an angle preset with two blades in a fixed housing. The sharpener blades are usually made of a much stronger substance than your typical knife blank, and when a dull edge is drawn across them, they shear the metal into a functional edge. This process isn't for your high-end collection of knives; the shearing of metal means there are fewer blades for you to use and will eventually whittle your knife into something that resembles a toothpick. Still, when you need a quick rough edge, there is no faster or more convenient way.

Sharpening Stones: This is considered to be the "traditional" method of sharpening by most knife aficionados. It involves drawing a blade across a lubricated or "wet" stone at a precise angle to hone a blade edge. While this method does take some time to allow muscle memory to capture that precise angle, it can make a sharp edge like no other. There are also different grit stones for the different stages of sharpening: Coarse- for the initial grinding and starting an edge; Medium- where the blade starts to actually become sharp and for some, this is as far as they go; and lastly, Fine- an almost smooth stone that puts the finishing touches on your edge and makes it sharp enough to shave with.

Belts: Belt sharpeners are the more commercial way of getting an edge on a knife but there have been several manufacturers that have made miniaturized versions for people at home. By spinning an abrasive belt at high speeds, these sharpeners can grind multiple blades in a single sitting. Much like stones, varying grit levels are available for both initial edging and fine honing.