Sold out
In honor of the US Cavalry Assoc. we have reproduced, under their guidance, the famed 1906 pattern US issue cavalry saber. Going along with their traditions of preserving Cavalry traditions we are proud to introduce this exacting replica made to original specs down to the intricate solid steel hilt. A portion of the sales directly support the USCA and their efforts to preserve our military past.

The high carbon steel blade is hand forged with full tang and tempered plus features the unique double fuller famous for strength while lightening the blade for slashing on horseback. Hilt has solid steel bars, expertly formed w/wooden grip covered in leather and wire per the original spec. Steel scabbard with antique finish to match the rugged and beautiful hilt. This important saber is as functional as the originals and is made for the first time in the original materials. Own a true piece of US military history.  Made by Windlass Steelcrafts. Can be sharpened for additional charge.

Write a Review
Write a Review
1906 U.S. Cavalry saber
I don't believe it was ever called the 1906 'pattern' U.S.issue cavalry saber - just the 1906 U.S. Cavalry saber. However, the British did issue a 1908 Pattern Cavalry Trooper's sword that the 1913 Patton U.S. Cavalry sword was modeled after. My father was in the 8th and 3rd U.S. Cavalry from 1929 to 1942 when they retired all the horses and went mechanized. He told me that although the Patton sword (saber is a misnomer because it had a straight blade) was issued to U.S. Cavalry troopers, it was not accepted by many if not most field grade and general U.S. Cavalry officers because the curved blade was and always will be the preferred horse cavalry saber. Although he went on to greater glory, George Patton was only a lieutenant at the time he invented his sword,  and the old school cavalrymen did not think much of a lieutenant changing tradition. My father said he had a Patton saber but trained with and carried the 1906 U.S. Cavalry saber.
- Gerald, April 10, 2021
Was this review helpful? Yes No (0/0)
Wonderful piece. We'll made, only wish I had it sharpened.but didn't think of I don't recall seeing that as an option.
- William, September 03, 2015 | Verified Purchase
Was this review helpful? Yes No (0/0) 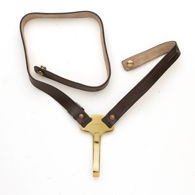 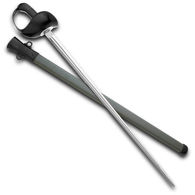 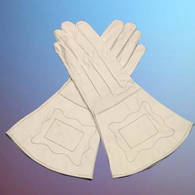 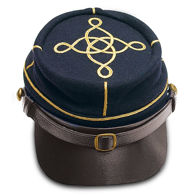