Why You Need an ACC Primitive Bowie Knife? 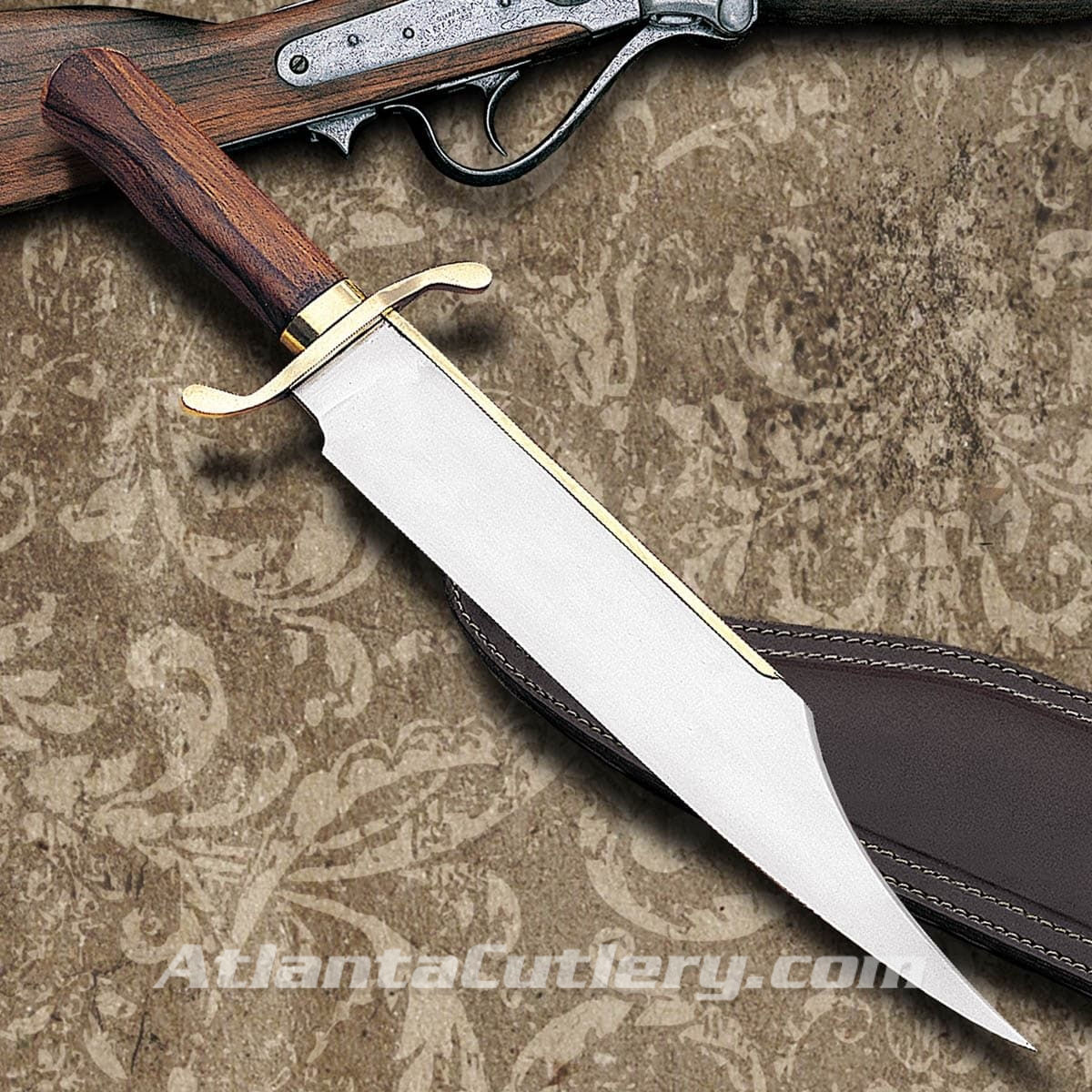 The famous Bowie knife was made popular in the early 19th century. It is a strong, large, fixed blade knife usually with some sort of drop or clip point. Today this blade style is as popular as ever and more variants exist from classic historical reproductions to modern tactical versions which makes this a highly collectible sub-category in knife collecting.

The first knife was made famous by Jim Bowie and was a special design made for heavy, yet practical purposes on the frontier. His brother Rezin played a role in it's design as well and the first "prototype" was made from an old file. In 1827, Jim got into a brawl with several other men and he was stabbed, shot and beaten. Known today as the Sandbar Fight, he managed to survive using his unique knife. Two others were not as lucky and lost their lives while another four were wounded.

But like all legends there is some debate. The legend may have actually begun in 1831 from James Black's blacksmith shop. The stories say that Jim asked the smith to make a knife for him from a wooden sample he had whittled. Black made this knife and modified a second version from the design. Bowie chose the second knife. The design was very similar to his, but the swedge along the spine near the blade tip had been clipped and sharpened giving it a penetrating double edge.

The ACC Primitive Bowie made by the master smiths at Windlass pays homage to this original design and certainly could convince skeptics that doubt the Sandbar Fight or its results as to its usefulness in a fight. It's made in very much the same way the originals were with carbon steels, hand forging and is tempered to take a good spring and keen edge. You may never end up in a fight like Bowie did (and we hope you don't), but you can own a knife very similar to his to collect and use in your own way on your own frontier.