Daggers are symmetrical, double-edged knives with a sharp point historically used as thrusting and stabbing weapon. These tools have been around forever. They were there before swords. In fact, the dagger predates every weapon known to mankind bar the club. 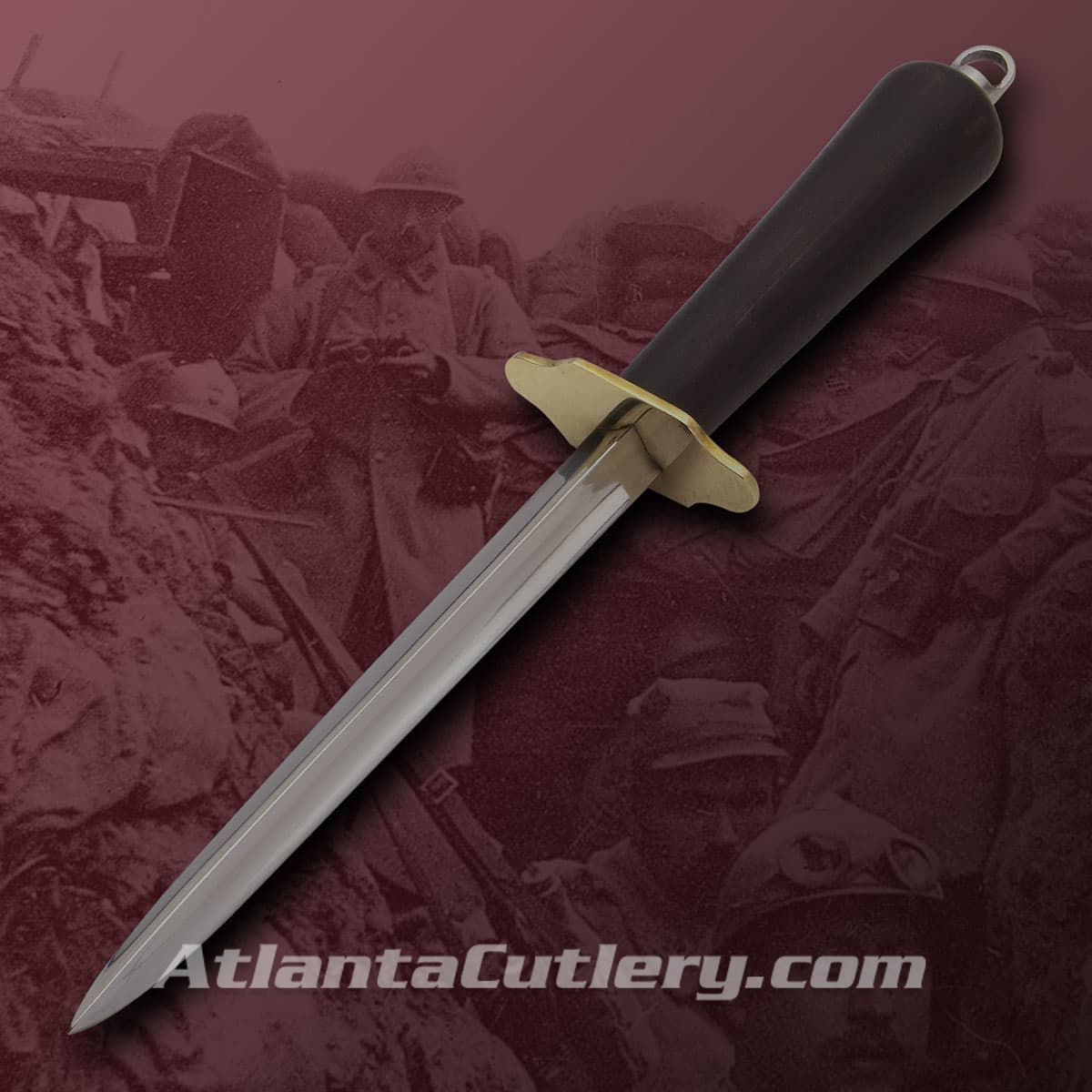 The first dagger-shaped tools our ancestors made were of flint, bone and ivory.  However, the first “real” daggers were made in the Bronze and Copper Ages when metals started being mined. These daggers served as a backup weapon to maces and axes. The subsequent Antiquity period witnessed high-quality iron daggers fashioned by sophisticated forging methods in Iberia. Iberian infantrymen carried a dagger with a triangular-shaped blade which was later picked up and adapted by the Roman legionaries.

For some reason, daggers do not find mentioned in the Early Middle Ages only to appear later in the 13th century. In the Middle Ages, they were regarded as everything the noble sword was not – a sneaky weapon for lower-class murderers and thugs. However, they were valuable for close combat on the battlefield and ideal for civilians to carry as a self-defence tool. Daggers were only truly accepted by society during the Renaissance period when they began to be elaborately designed and decorated and owned by the nobility. The dagger’s popularity was to later dip with the advent of firearms.  They were still deployed in trench warfare situations in the World Wars though were used more as a utilitarian tool for cleaning, cooking and first aid.

Find high-quality daggers and other types of knives at Atlanta Cutlery Corp.