We are especially proud to bring you government-spec dress and drill sabers and swords. Atlanta Cutlery knows our fighting men ask for and deserve the very best, that’s why we have been chosen by the government to produce the NCO saber for the U.S. Marine Corps.

Each fine saber and sword is manufactured according to exacting government specifications. All blades are high polished stainless steel, detailed, and appropriately etched according to government specifications. We guarantee that your military personnel, drill teams, students, graduates, and customers will be completely satisfied with these sabers and swords. We are proud to be the largest official supplier to our elite fighting corp.

This US Navy Officer's Saber includes the government scabbard and has "USN" in filigree work on the hilt. Made by Windlass Steelcrafts. Please specify blade length - 28", 30", 32" or 34".

Sword can be personalized in etch box with up to 25 characters for an additional fee.

The United States Navy was originally established as the Continental Navy on October 13, 1775. In the early days of the American Revolution, the Continental Congress authorized a small fleet of ships to intercept munitions ships sent to resupply British Army troops at or near the colonies in America. All together, the Continental Navy numbered some fifty ships over the course of the war, with approximately twenty warships active at its maximum strength. Today, the United States Navy has a fleet of nearly 300 vessels, with a plan to reach a fleet size of 355 by 2049.

Write a Review
Write a Review
Excellent Replacement
Somewhere in my travels, I lost my Navy Officer's sword. This is an excellent replacement, and a nice memento.
- Jack, January 28, 2019 | Verified Purchase
Was this review helpful? Yes No (0/0) 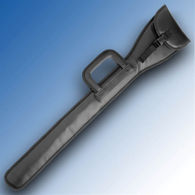 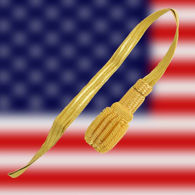 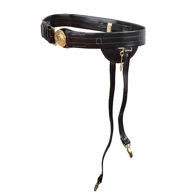 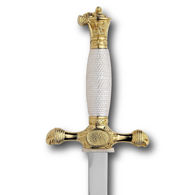 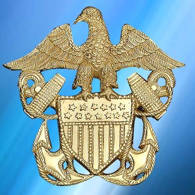 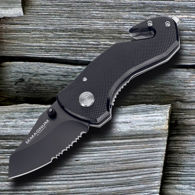 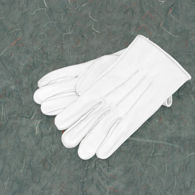