Bayonets have gone through many changes and styles through the years! Let's take a moment to look at some of the more common designs. 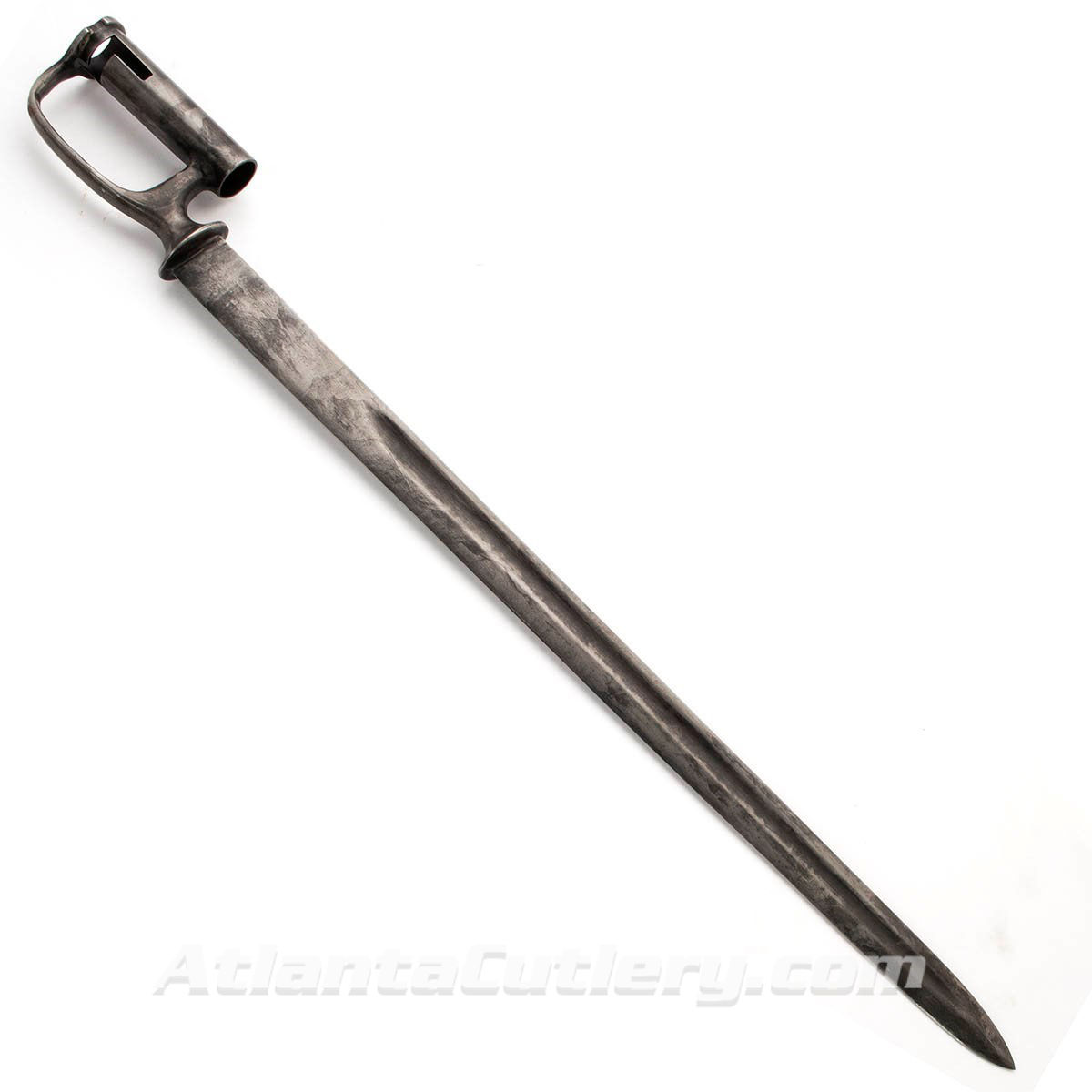 This is an all-steel, high-quality reproduction of the very rare Sappers and Miners bayonet. Copied directly from an original, this bayonet was designed to fit a British Sappers and Miners Carbine however it also fits all the EIC pattern muskets with a .75 bore and the straight style F pattern bayonet spring catch. Sometimes referred to as a P-1841 Sword Bayonet it has a formidable knuckle guard and a 22" blade. They also look cool. 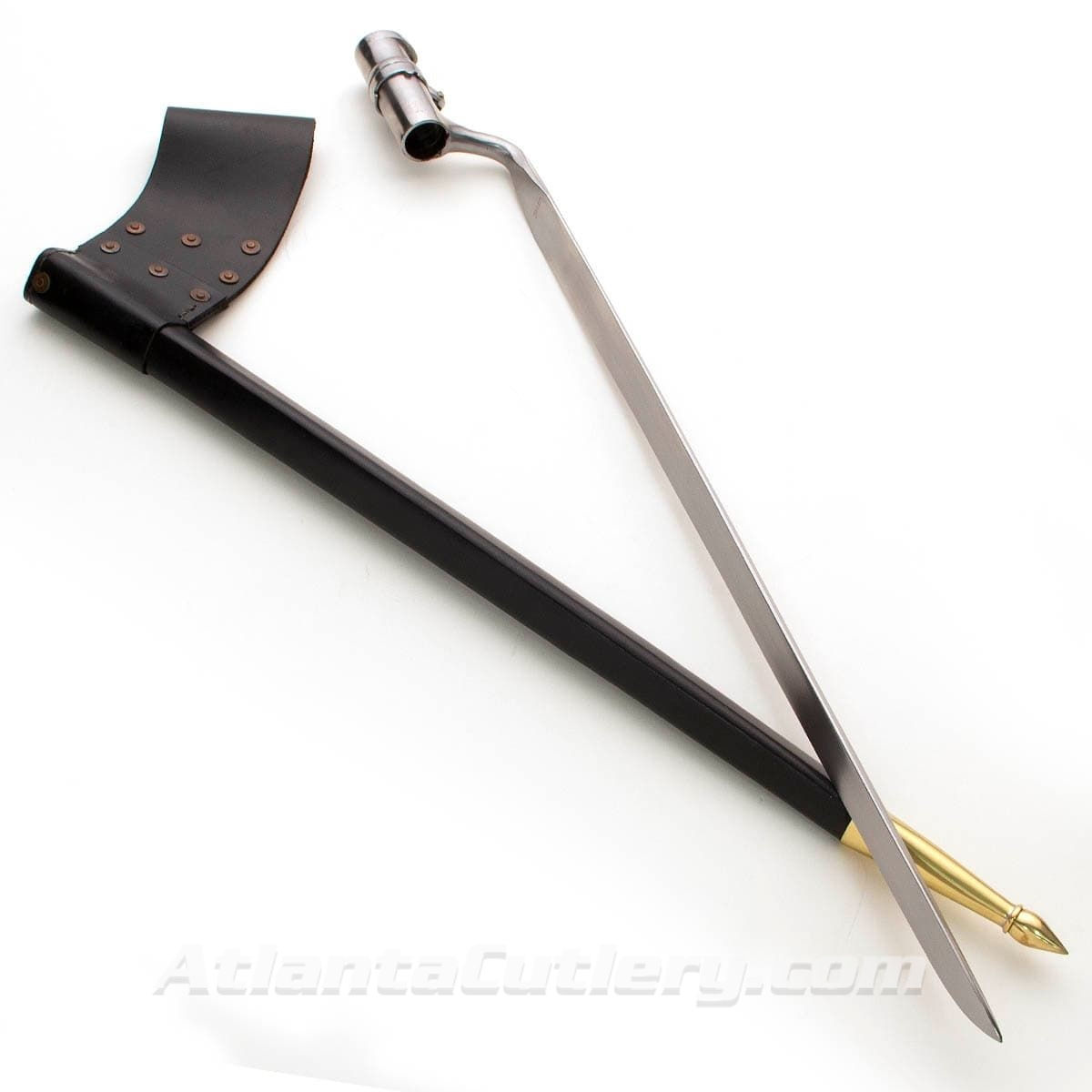 Attached to a rifle, this bayonet gave close quarters weapons an extra-long reach. Designed for Springfield .58 calibre rifle, it has an integral frog and includes a brass mounted leather scabbard. 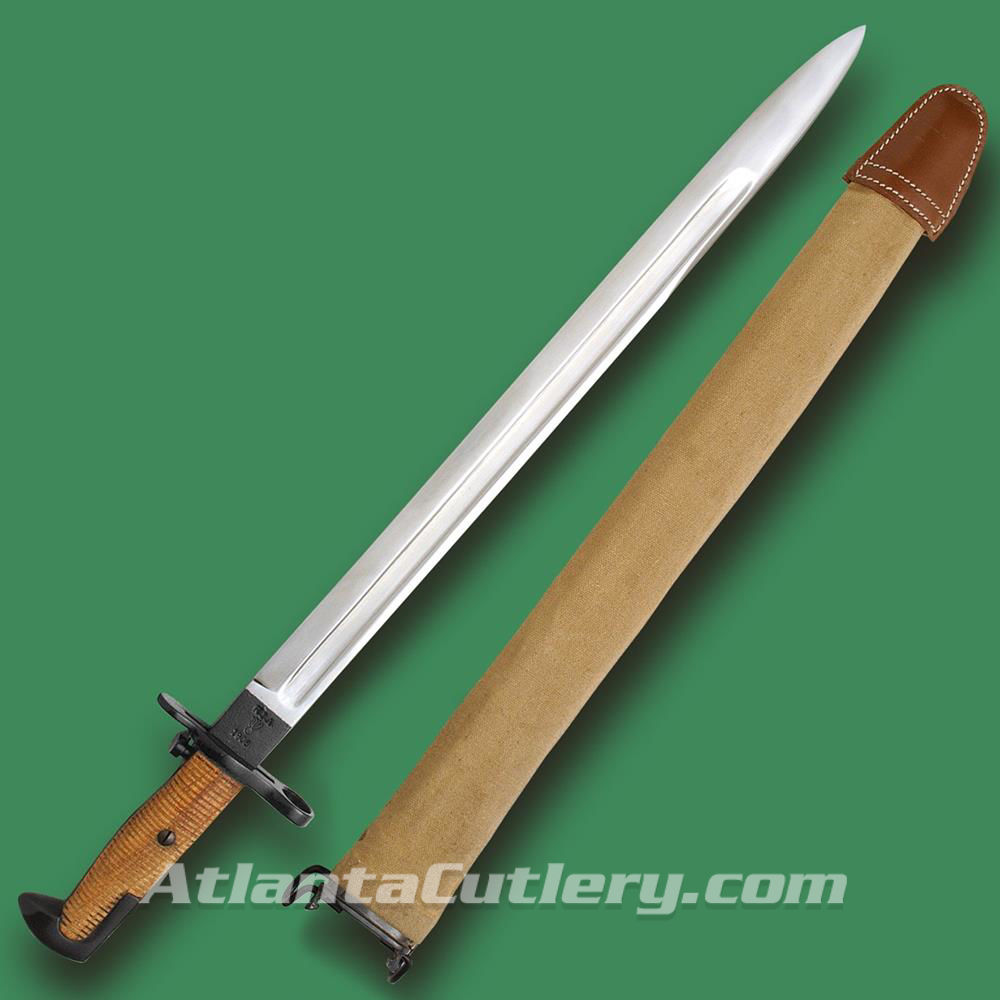 The M1905 Bayonet was one of the U.S. most widely used bayonets.  It was used in both WW1 and WW2.  It was originally designed to fit the M1903 Springfield Rifle.  Early versions (up until 1918) of the M1905 bayonet had what is referred to as bright, bare metal blades. Sadly, in 1943 the War Department decided that they no longer wanted to use the 16″ bayonets, so production ceased.  In its place would come what is referred to as the M1 bayonet.  This new bayonet would essentially be the same overall design as the M1905, but only have a 10″ blade.